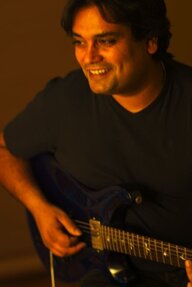 Pav teaches online, privately with home visits and at a local school  .  Pav teaches all styles of Guitar  and has done for over 20 years. He teaches all ages and helps people to develop their skills and enthusiasm. By building confidence and encouraging people to play individually and in bands and groups he helps people find the level that suits them.

As a session guitarist and a published songwriter himself, Pav also helps students to develop their creativity and to compose and sometimes publish their own material.

He is an approved member of the RGT@LCM and DBS checked. 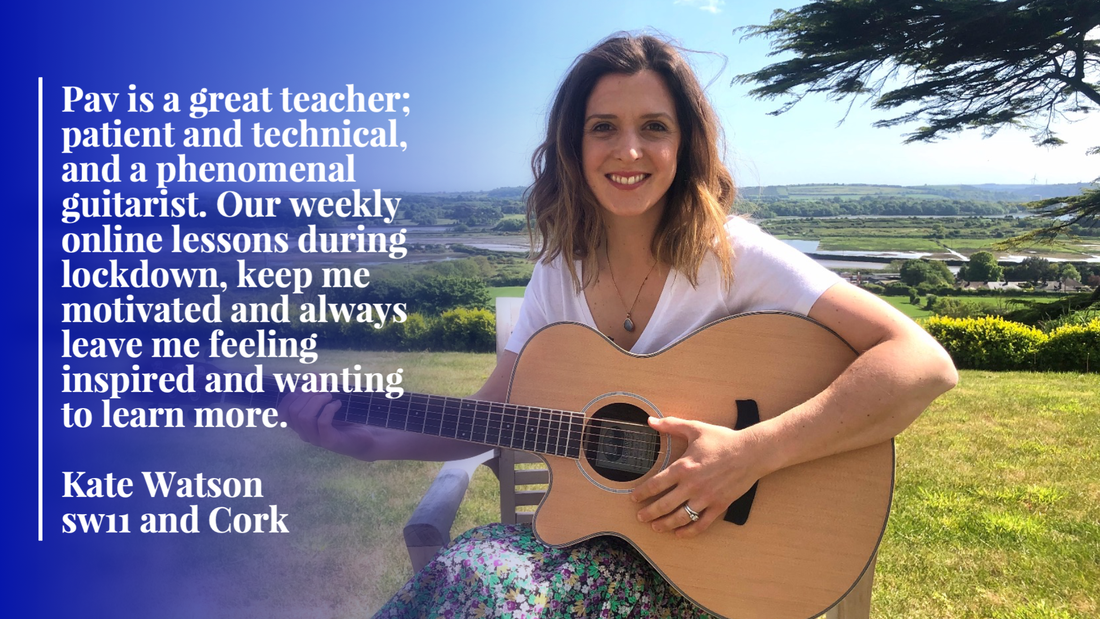 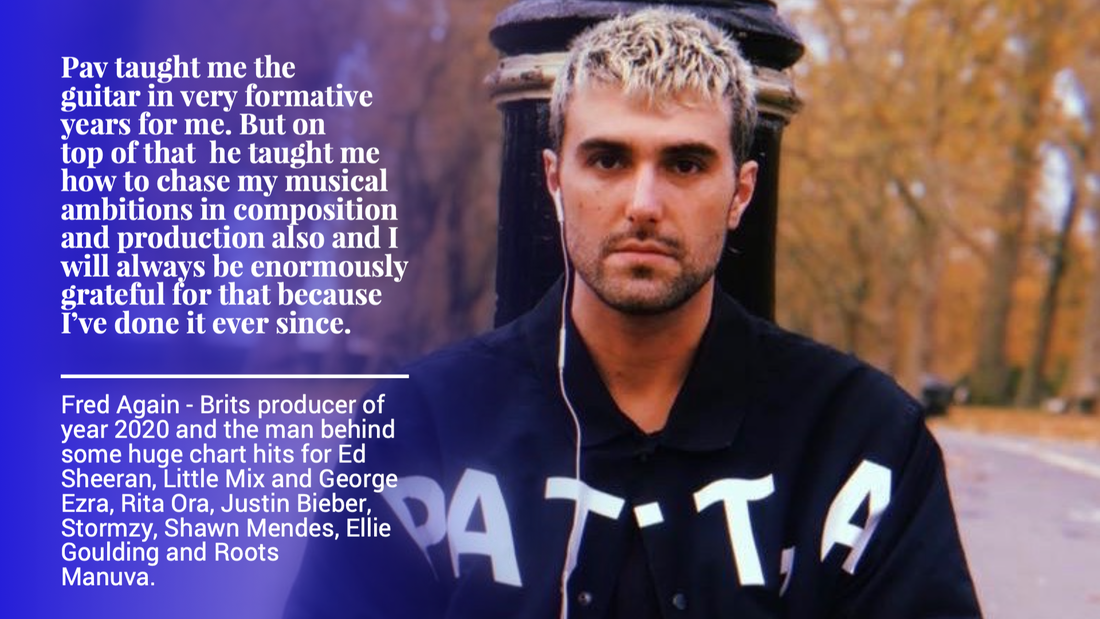 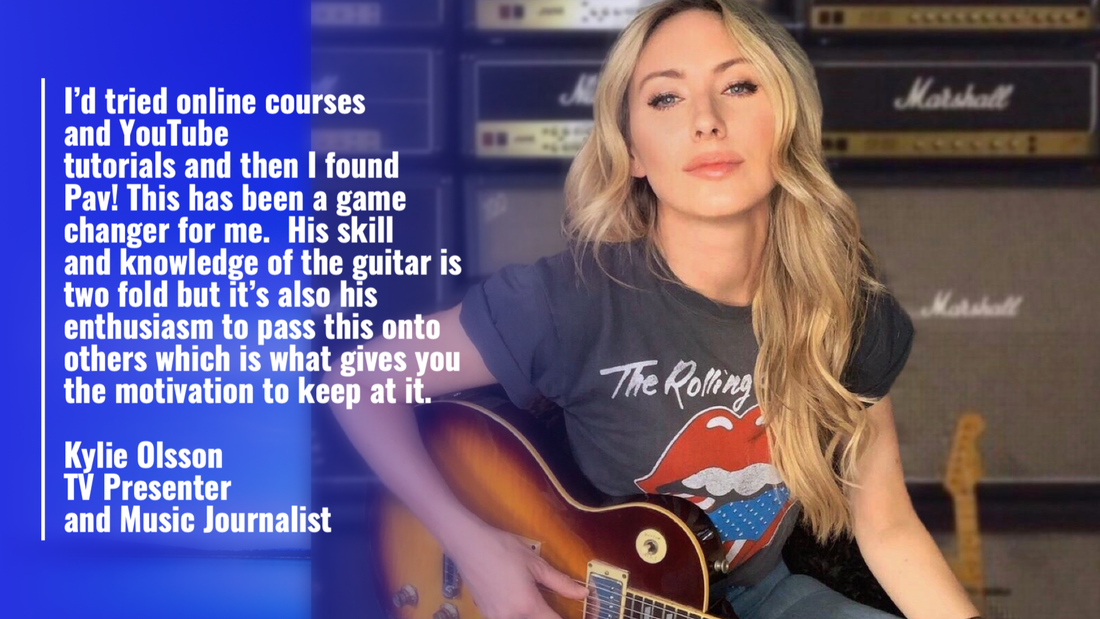 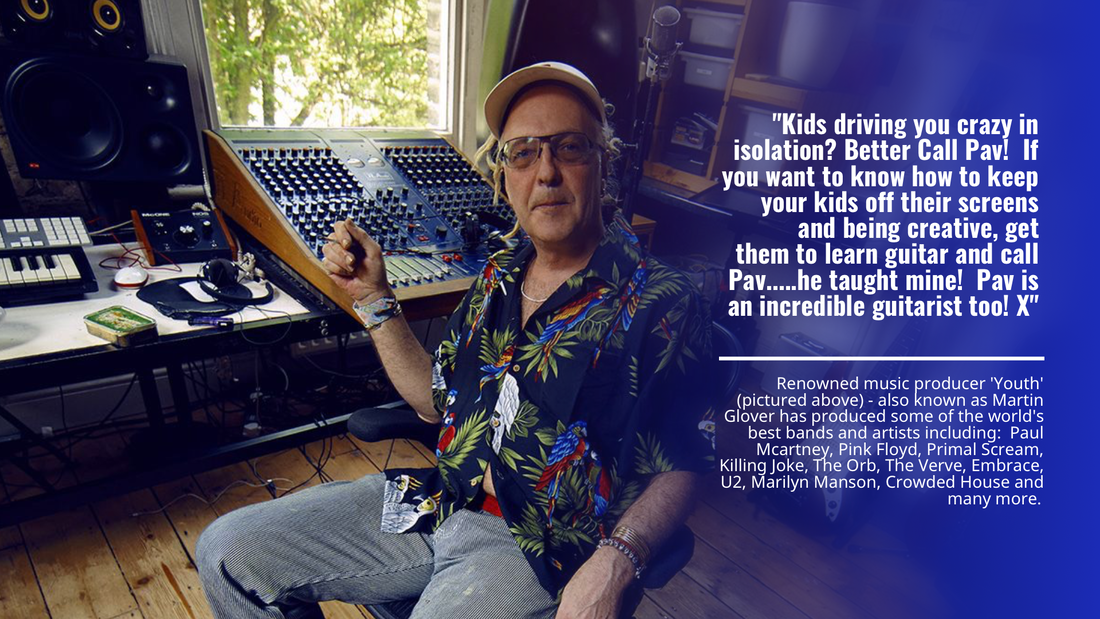 ​‘I’ve been wanting to play the guitar for years now but never had the dedication and time to get stuck in. I’d tried online courses
and YouTube tutorials and then I found Pav! This has been a game changer for me.  His skill and knowledge of the guitar is
two fold but it’s also his enthusiasm to pass this onto others which is what gives you the motivation to keep at it.
Since lockdown our lessons have moved to Zoom video chats, which has proved to be just as good as in person. It’s my
once a week lessons which have been keeping me sane through this difficult time. Not to mention Pav always being on hand with
any of my questions.  If you want to learn guitar then Pav’s your man!!!’

​
​﻿﻿﻿" ﻿﻿﻿Pav taught my son Nat guitar for a number of years and showed considerable expertise and sensitivity in his approach. He went well beyond what could normally be expected of a guitar teacher and introduced him to the wider world of music learning, including supporting the development of the band he played in and advising on the purchase of the right equipment to allow him to improve his technological understanding. Nat and other friends who were also taught by Pav benefitted considerably from the mentoring they received from such an enthusiast who is himself steeped in the world of music. " ​

I've been a student of Pav's for around 6 months and as a complete beginner I've found Pav's gentle encouragement combined with his profound skill and knowledge to be the perfect combination. In my late 40's I'm probably one of Pav's oldest students and although I've always wanted to learn the guitar I was concerned that most teachers orient their teaching around children and teenagers - this concern evaporated immediately upon meeting Pav,  he's non judgemental, accommodates my erratic schedule, forgives my sporadic practice and always puts me at ease. This calm approach has given me just what I need to fulfill a lifelong desire to play guitar,  I wouldn't hesitate to recommend him to anyone.

"I am entirely delighted to write to recommend Pav. He taught my son Fred for  about 5 years and we would gladly employ him again .He is a wonderful man and teacher. He is entirely committed to his pupils and to passing on his  very considerable skills.He is gentle calm caring  self-deprecating and a very effective  and inspiring teacher."
Mary Gibson
​London
SW12